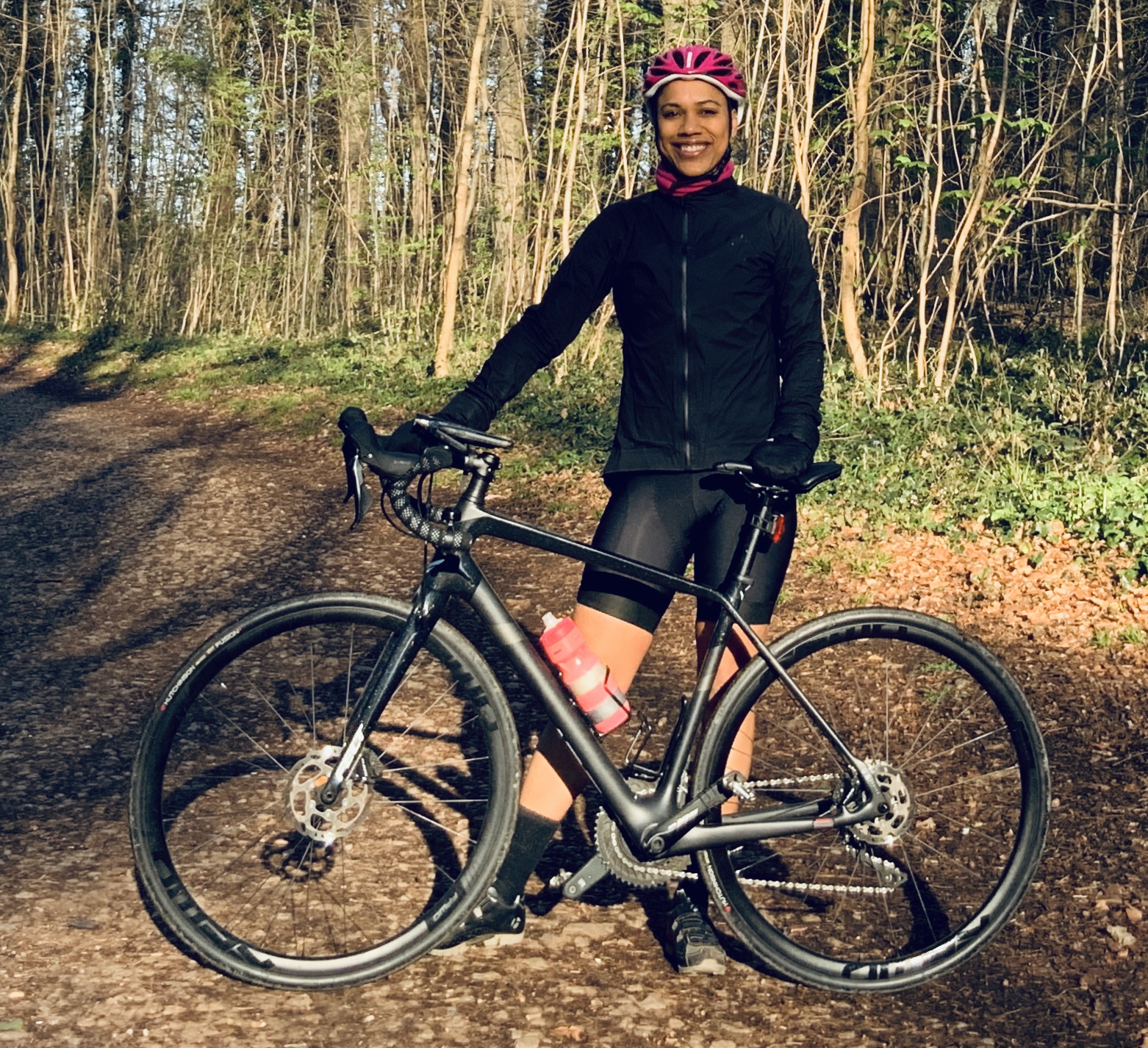 Like many of us, Bristol Cycling member Dulce Pedroso envisions a version of Bristol where cycling is everywhere. So prevalent, in fact, that talking about cycling as a mode of transport becomes so commonplace that it’s (almost) boring. A city where everyone and their grandma cycles and no one calls you ‘brave’ for cycling the morning commute. In her quest to help make that happen, Dulce is running for election onto Cycling UK’s Board of Trustees. Here is her story in her own words…

I cycled as a child and a teenager growing up in Finland but stopped for ten years when I moved to Bristol in the early noughties. I must have missed the freedom cycling gave me, however, as for my thirtieth, I bought myself a beautiful Dutch bike, which I upgraded with a basket and a child seat. By now, we were living next to a tube station in North London and despite this, the bike became our main vehicle during the years I was living and getting overworked in the big city. When a job offer brought me back to Bristol, I exchanged the bike for a car, which seemed like the normal thing to do. Yet, I would suffer from FOMO when my cycle commuting colleagues would arrive at our office in the countryside with that post-ride glow earned on their hour-long ride. I felt relieved when the car failed its MOT and bought a hybrid bike as my ‘temporary’ transport.

Six years on, I’m still on my ‘temporary’ mode of transport. Every time I saved enough money for a car, I found myself looking at a new bike instead. I can’t remember when I stopped pretending that I was going to buy a car. The bike was no longer just for the commute. I stuck two panniers on and that was the beginning of character-building holidays. My daughter has graduated from the child seat, through incrementally larger kids’ bikes to her current road bike, which the colleague whose bike commute I used to envy has lent her. Having grown into a confident, strong cyclist, the bike enables her to be an independent teenager and she rides by herself to her clubs and after-school activities – but not the two-mile trip to school. Why? No-one does. Duh.

As the bike became our normal, I realised that we probably became less so. I got more attuned to how all movement in the city revolves around cars, whether they are moving or stationary. We have built a society around individualism disconnected from nature and each other, and I started to see our dependency on the car as a big contributor to that.

A friend had got me into audax – non-competitive long-distance rides – and as I spent long hours on the saddle alone with my thoughts my frustration turned into a more constructive academic interest in dominant cultures and discourses around cycling. Whose interests do cultural tropes around cycling and cyclists actually serve? It’s true that cycling in the UK has been dominated by a small demographic. But it’s also true that there are people from diverse backgrounds doing all kinds of cycling, and many more took up cycling during the lockdowns.

I saw new clubs and groups cropping up often with a common mission to create space for underrepresented cyclists. I joined the newly set up Women of Colour Cycling Collective, a network for minority ethnic women and non-binary cyclists in the UK. Through this, I received a grant from the Active Travel Academy to research how Women of Colour experience cycling and challenge dominant discourses in and through cycling. The interviews I did as part of the research brought up issues that many can relate to: feeling out of place because we have been made to believe that we need a certain kind of bike and equipment, or fit in certain sized clothing or be able to ride at a certain speed to be considered as cyclists. Yet, over and over again I heard stories of how the confidence and mental resilience gained from cycling has started to transpire into other areas of life.

Can we make cycling boring?

After almost two years of not seeing family, I finally made it to Finland last summer. Over a week, I rode across my country of birth to the most northern point of the EU, a similar distance to riding from Land’s End to John O’Groats. After getting over why I was riding on my own and, no thanks, I don’t need a lift, people often didn’t understand my research interest; why I thought cycling was political; and why I’m excited about any of this. Like in other parts of Northern Europe, most people probably own some old never-serviced bike or trike which they use for short journeys. Like in countries and cities where cycling rates are generally higher, people are less likely to identify as ‘cyclists’, and the cycling population tends to reflect the demographic make-up of the city. Even with its relatively high cycling rates in Bristol – let alone in the UK as a whole – we still have quite some way to go to make cycling this ‘boring’. Boring in the sense that everyone does it; no-one comments on how ‘brave’ you are for letting your children ride to school; no heroic tales of survival from your morning commute. Representing cycling as a leisure activity of a small number of privileged people hinders the progress towards increasing cycling rates, which again, hinders the progress towards more cycling-friendly, less polluted and safer cities.

Trying to change the way cycling is represented as an individual cyclist or even as part of cycling clubs and collectives, it feels you are going against the traffic. I had initially joined Cycling UK for its insurance to protect myself, but soon enough I had bought into the organisation’s vision to get millions of people to cycle by promoting all forms of cycling for people of all ages, backgrounds and abilities, as I realised this would be more powerful than any insurance. I am now seeking to become elected as a trustee in Cycling UK elections to join forces with others who are committed to making cycling more normal. It may be that we will never make cycling completely ‘boring’, but that’s a failure I can live with.

To vote for Dulce, you’ll need to be a member of Cycling UK. Head to the Trustee page of the Cycling UK website. Voting closes 9am, Monday 1st November. Good luck Dulce! 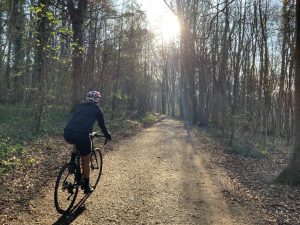