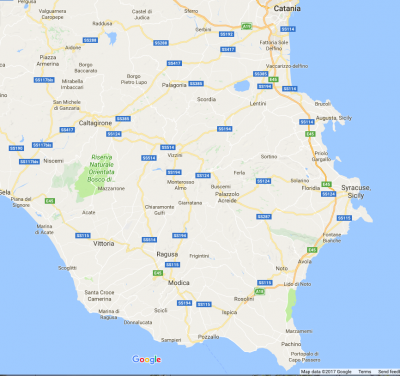 At our last Meetup on 28 June we were treated to a presentation by Martin Tweddell and his organised cycling tour in Sicily.

Martin’s aim was to take a holiday combining his two favourite interests: cycling and Italy. And to do this being as environmentally sensitive as possible, yet practical with time and cost.

Of course by taking a cycling holiday in the first place he was being pretty eco conscious. He described how on previous trips he made extensive extensive use of trains instead of airplanes, but this time he wanted to go a little further.

Recently there have been big concerns over single use plastics in everyday life. Not only because they waste precious resources, but also because a massive amount ends up in the oceans, killing thousands (maybe millions) of sea animals and eventually much of this plastic breaks down and ends up in the food chain, and us.

The first challenge for Martin to tackle happened before he’d even booked the holiday. How to get to Sicily entirely by train? In the end it worked out too long and too expensive, so he compromised by part flying and part taking the train. Even then, at Bristol Airport he had to persuade the coffee shop in the airport lounge to give him water from a tap and his coffee in a china cup.

In Sicily there was very little in the way of water fountains to top up en-route. The days were hot (maximum 30 degrees in May) and the cycling group were reliant on the tour organisers rolling up in a van with bottled water – in plastic bottles of course. Sicily is not the wealthiest part of Italy and relies on agriculture as well as tourism. However the agriculture comes at a price and some areas are awash with poly tunnels growing tomatoes, cucumbers and aubergines. Something of a clash with the tourist industry as these are rather unsightly, but also what happens to the plastic as it degrades?

If you ask nicely, Martin could be persuaded to give the talk again at a later date. In the meanwhile, you can read his blog for more.

Our next meetup in July is on Wednesday 26th at Roll for the Soul. More details, as they come in, can be found on our Diary page.