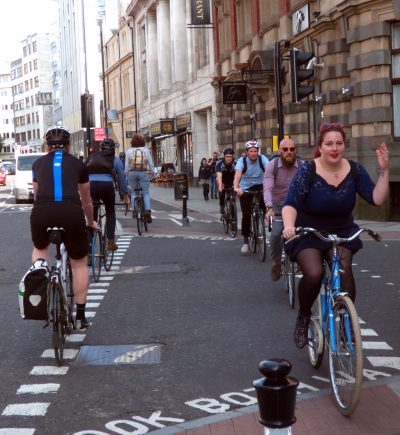 Months, years and sometimes decades go by with only warm words and crumbs from Government on cycling. We’ve had false dawns before but on July 28 the government published two potentially revolutionary documents for cycling: Gear change: a bold vision for cycling and walking, and the less snappily titled LTN 1/20 Cycle infrastructure design. Showing commitment based on what has worked in London, in the foreword to Gear Change Boris Johnson says about cycling:

He notes a key benefit of lock down, fewer motor vehicles:

All of us, cyclists and non-cyclists alike, have suddenly found out what it is like to have streets where you can breathe clean air, hear the birds singing at noon, and walk or ride in safety. We have all noticed the new found safety on our roads with fewer cars hurtling down our streets, near our homes and our gardens and our schools.

We couldn’t agree more. The Government is keen to make these temporary changes part of the way of life in the UK, in fact they want to see 50% of all urban journeys cycled or walked by 2030. Currently nationally 2% of all trips are cycled and 28% walked but these are short walks on average less than a mile.

What might that look like for Bristol? Well, take a look at the Netherlands where 50-60% of all journeys are cycled in many cities; bicycles are everywhere. We know in Bristol that 14% of people cycle at least 5 times a week but we don’t know with any accuracy what percentage of total trips in the City are made on foot and on 2 wheels. However, if you remember that 27% of all trips are made by bicycle in the Netherlands against 2% here you can see what the dramatic difference it would be to meet the 2030 targets; it’s nothing short of a revolution. The video below explains how this works. 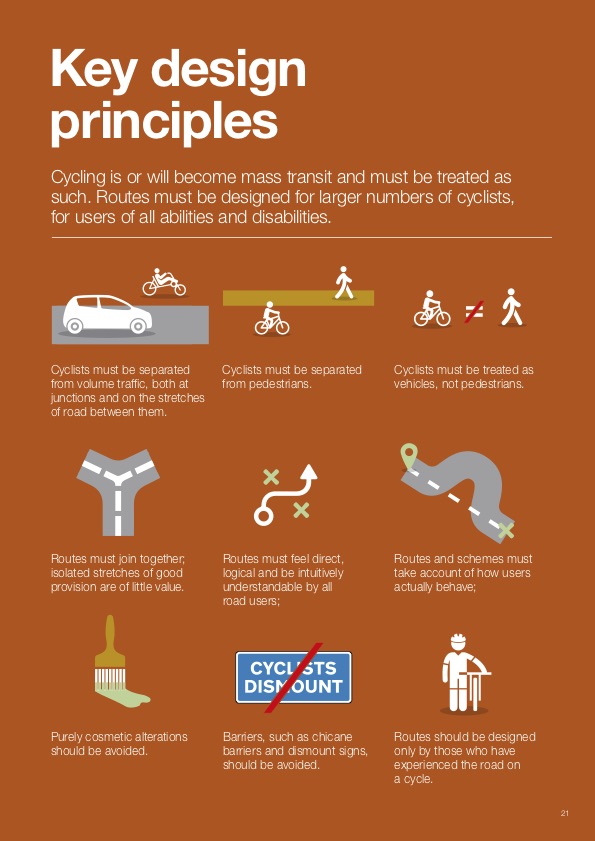 For it to become a reality we’ll have to build a comprehensive network for cycling connecting all parts of the city. It will have to be a system that people of all ages and all abilities feel safe on. The Local Traffic Note is the design manual for a better future. To qualify for funding Bristol will have to build to a much higher standard than is currently common. There will be no more sharing road space with motor vehicles, no more combined pedestrian and cycling pavements. As the Dutch understood long ago the bicycle needs its own infrastructure. When people feel safe they will cycle.

But it would be wrong to think this is all about tarmac and kerbs; it’s much much more than that. For the first time we are starting to see some joined up thinking in public policy. Government has finally understood the huge costs of an inactive population – £9.2 billion to the NHS it is estimated. Physical activity helps reduce depression and increase productivity and if people are active on a bicycle that can significantly reduce congestion. There is plenty of research to show that managing traffic, pedestrianising in city centres and providing active travel access from the suburbs is economically beneficial. Outside the centre neighbourhoods with safer streets create community and less traffic on the roads means the air locally will be cleaner. Overall, Less CO2 will help towards the City’s net neutral target by 2030.

How might the City make the maximum use of these new opportunities? Well any schemes that are put forward will have to satisfy the new body Active Travel England and its Commissioner, in effect the cycling Tzar. If they don’t meet the design standards set out in the LTN they won’t get funded. These principles are things the Campaign has been calling for for many years.

As well as protection, fundamental to the whole idea is that it should be possible to make connected journeys across Bristol, with proper surfaces and coherent signs. We’ve already got a start in the Local Cycling and Walking Investment Plan, which the Campaign is active in helping to develop. Also our ‘Tube Map’ offers a basic system of cycling connection for Bristol.

This all sounds brilliant but where is the money going to come from? We have already seen some short-term improvements under the Emergency Active Travel Fund (EATF). Funds are available from the Transforming Cities Fund and there is a larger pot of cash – £1.75 billion announced by Transport Minister Grant Shapps in May. While that sounds like a lot of money it’s worth remembering that Chris Boardman’s investment plan for Greater Manchester is £1.5 billion. There’s a lot to do to hit the 50% target. £1.75 billion won’t actually go very far because in most places we’re at a standing start, 30 years behind the Dutch.

Should we despair? Well no; there’s real money elsewhere – in the roads budget, £27 billion over the next five years in the Road Investment Strategy (RIS2). Critically, Gear Change tells us:

We will ensure that new local and strategic A road schemes include appropriate provision for cycling… if we are serious about putting cycling at the heart of transport policy, we must further shift the balance between projects for motoring and projects for cycling….. To receive Government funding for local highways investment where the main element is not cycling or walking improvements, there will be a presumption that all new schemes will deliver or improve cycling infrastructure to the new standards laid down, unless it can be shown that there is little or no need for cycling in the particular road scheme. Highways England will deliver even more cycling infrastructure as part of RIS2 published in March 2020 through the new Users and Communities Fund.

Watch this for inspiration and see what Bristol will look like in 2030 – if we campaign hard to make it happen and hold Bristol City Council and the West of England Combined Authority to account.