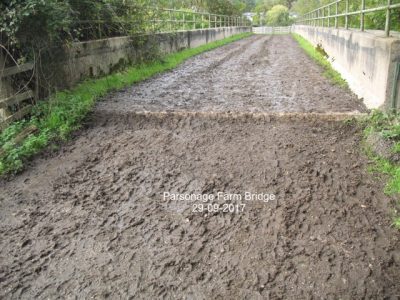 What is the difference between a cycle path and an impassable muddy farm track?

We’ve reported previously about South Bristol Link Road and Festival Way – the missing link. The key element is Parsonage Farm Bridge over the A370, at the western end of the south Bristol link road (SBL). This is now completely inaccessible to cyclists as the farmer has (not unreasonably) been continuing to use the lane for his cows. The lane has become muddier and muddier and the mix of mud and manure is over an inch deep. The pile of earth which someone provided to negotiate the one-foot drop at the end of the concrete has been hoofed away. It is far too slippery to cycle, but cannot be walked because the mud is too deep to avoid going over the top of shoes.

There is no alternative to ‘the shitty bridge’ (dark green on map below) as the footway/cycle path by the SBL has not been continued up to the roundabout (suggested pale blue route on map).

BCyC members in North Somerset have been plugging away with the Council and with Balfour Beatty, contractor for the Metrobus. They are responsible for the link from SBL to the Ashton Park & Ride and then the walking/cycling route by the guided busway through to Ashton and the Festival Way. This route is due to open imminently (the north-south on map) but would become much more useful with the additional link to the Festival Way, in blue. 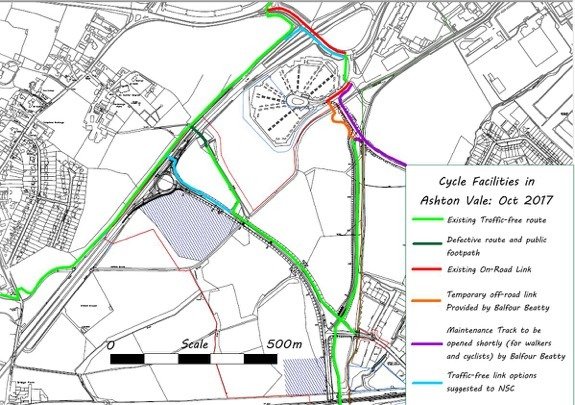 The route following the Metrobus walking/cycling track into town (also known as the maintenance track) should be fairly pleasant and useful, at least up to where the track is discontinuous and walkers and cyclists will need to use the footway / cycleway of Ashton Gate Underpass (between points 2225m and 2455m in the attached AVTM Page 8 plan. The state of this section under the new bendy bridge can be seen on this Google image, while the whole route is set out at https://travelwest.info/metrobus/benefits-cyclists-pedestrians 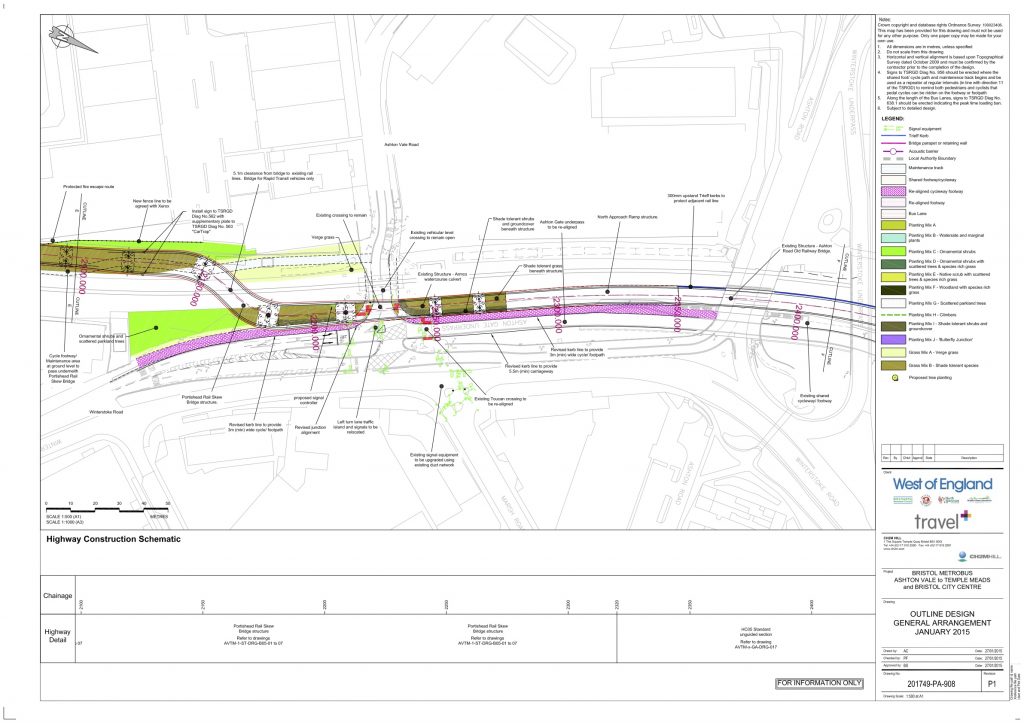