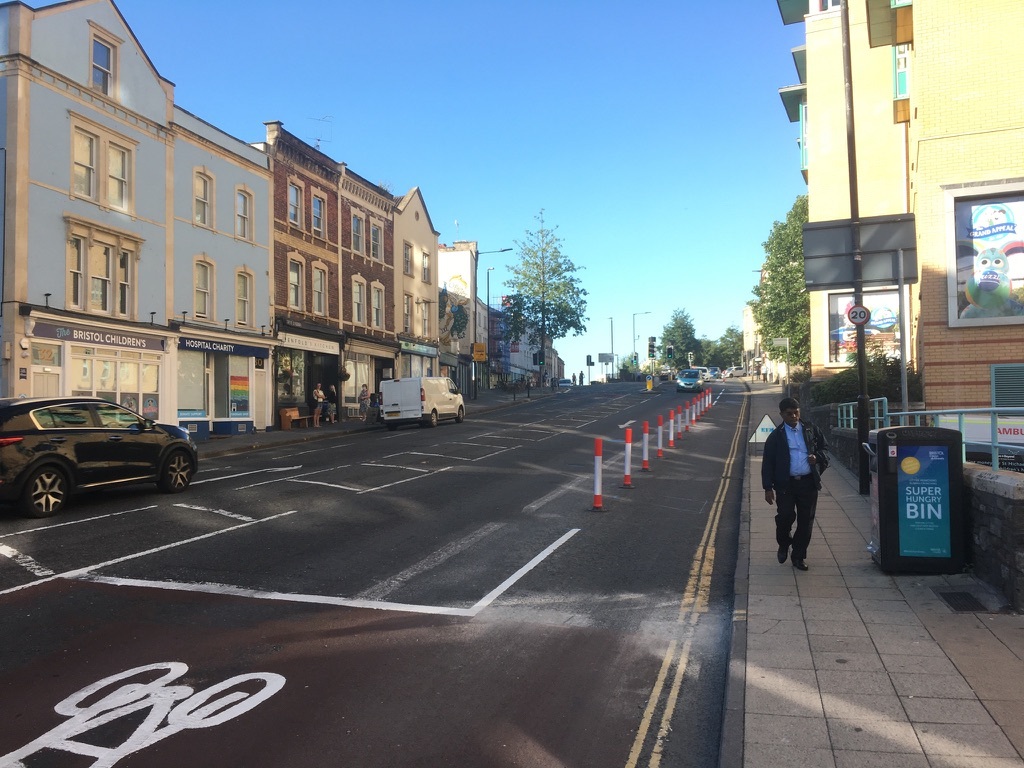 Hot on the heels of the three consultations which opened last week, Bristol City Council has opened three further consultations for Park Row, Rosemary Lane (Eastville) and Picton Street (Montpelier). These which could be transformed into better places for people walking and cycling. These changes will be implemented in the first half of 2021 with funding from the government’s “Active Travel Fund”.

Two of these streets, Rosemary Lane in Eastville and Picton Street in Montpelier, have great potential to create Liveable Neighbourhoods by stopping through traffic and opening up the area to active travel while creating a more pleasant local environment to stop in.

The third consultation is for Park Row, which has had temporary infrastructure installed under the first wave of government funding. While we are happy that road space has been claimed for cycling infrastructure by these temporary measures (by removing motor traffic lanes and parking), there are many improvements which need to be made before this infrastructure is suitable for cyclists of all ages and abilities. This consultation is an opportunity to call for these upgrades to be made when the permanent measures are installed.

As always, we will be preparing a formal response to all three of these consultations. In the meantime, we would recommend that everyone who lives in or visits these areas fills in the consultation survey, asking the council to prioritise an environment with fewer cars and more space for walking and cycling.

We would love to hear your comments on what you would like to see in these areas.