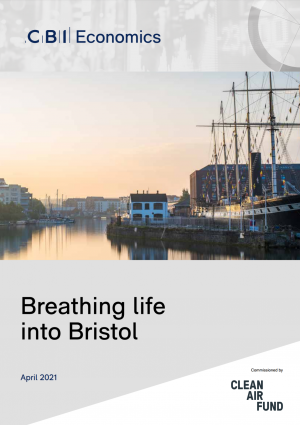 Local elections dominated the headlines across the country this month, with Bristol Cycling making a few headlines of our own in the local media.

Elections, elections, elections: Bucking the national trend, Labour did well across the region with Marvin Rees returning for another term as Bristol mayor, and Dan Norris taking the WECA mayoral top spot from Conservative incumbent Tim Bowles. What will this mean for cycling and active travel over the next 3 years?

In pre-election responses to Bristol Cycling’s mayoral manifesto, Marvin Rees emphasised his ‘support’ for the ‘principles’ of the LCWIP (the local cycling and walking infrastructure plan), the ‘aim’ of Bristol Cycling’s bike hangars project, and his ‘intention to expand’ the School Streets programme. But without making concrete commitments to anything.

We look forward to working with both Marvin Rees and Dan Norris to deliver cycling infrastructure in Bristol.

70 local councillors were elected with a number of Bristol Cycling members being elected across the city. A special congratulations to them!

In the news: Bristol Cycling has been making news this last month, first with a piece in the Bristol Cable about our mayoral manifestos, and then a slot on BBC Points West about our campaign for bike hangars across the city.

Benefits of clean air: The CBI last month published a report, commissioned by the Clean Air Fund, on the benefits of Bristol’s clean air zone (CAZ). The report finds that Bristol’s CAZ could bring Bristol’s air pollution within legal limits four years earlier than expected, whilst adding £1 million to Bristol’s economy each year.

Hangar locations: A new webform has been launched to capture residents’ cycling ideas.

Please use the form to suggest locations for cycle hangars. The form is available here.

Discount at Pedal Progression for members!

Use the discount code BCC10 to get a 10% discount on mountain bike hire at Pedal Progression at Ashton Court.

Continued roll-out of cycling in London: Sadiq Khan has been re-elected as Mayor of London. In a statement to London Cycling Campaign before the election, Khan committed himself to continuing the expansion of London’s cycle network, with protected cycleways on main roads and low-traffic routes on local streets, and to delivering 5,000 new residential cycle hangars, parking hubs at train stations, and more high street parking options.

Khan has previously set a target of 80% of all journeys walked, cycled, or made by public transport by 2041, and making London a zero-carbon city by 2030.

Bike Week: Cycling UK’s Bike Week returns this year from Sunday May 30th to Saturday June 5th. Bike Week is an annual and national celebration of all things cycling. The theme for this year is health and wellbeing with the aim of encouraging cyclists to connect with each other, to learn new skills, and to enjoy the physical and mental benefits of cycling.

You can find out more about Bike Week, the #7DaysOfCycling challenge, and the World’s Biggest Bike Ride here.

Peter Walker: Fans of Peter Walker, author of the popular book ‘How Cycling Can Save the World’, will welcome his recent contribution in The Guardian, where he writes in defence of Low Traffic Neighbourhoods. Using data from the London ambulance service, Walker demonstrates that claims that LTNs increase emergency response times – a common argument made by opponents of LTNs – are not true.