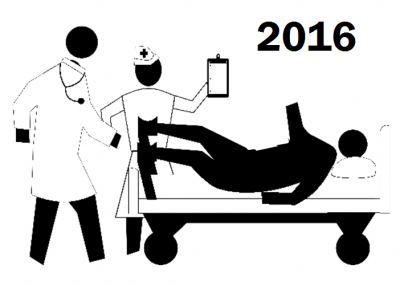 Of course, cycling is overall a safe and very healthy activity, with cyclists being much healthier overall than non-cyclists. But there are risks which we need to be reducing, and they’re not always the ones that attract the most attention.  Research in Bristol and published by The Royal Society for the Prevention of Accidents makes this point ROSPA non-collision-case-study.

We’ve previously highlighted the difficulties of getting meaningful data on safety, and the report says that “according to Hospital Episode Statistics (HES), cycling non- collision Incidents (NCI’s) (i.e. incidents in which no other road user was involved) accounted for 10,737 admissions to hospital during 2016/2017. This represents 64% of all injury-related admissions of cyclists. It is estimated that only 4% of non-collision incidents are known by the police  and recorded in STATS198.”

A survey of more than 1000 cyclists recorded the details of their non-collision incidents, and showed that “26% of all reported non-collision incidents (including 17% of those that resulted in admission) happened as a result of slipping on ice, and that 35% of all incidents reported in the survey occur in the months of December, January and February. Slipping on ice was by far the single largest reported cause, followed by slipping on wet roads (8%) and slipping on ‘soil, gravel, mud, wet rock, etc’, (6%).”

Now of course we want to ensure that roads and cycle paths are gritted, including the Bristol Bath Railway Path, but there’s a further role for ice-forecasting in avoiding injury.  NHS Bristol commissioned the Think TwICE campaign from local charity Lifecycle. This sought to encourage employers to help cyclists plan ahead and get information about bus routes, car-share opportunities or the employer’s perspective on working from home, aiming to reduce the pressure to cycle to work in frozen conditions because there are no other options.

Overall the report suggests the way forward should be:

One thought on “Non-collision injuries in Bristol – what can be done about ice?”