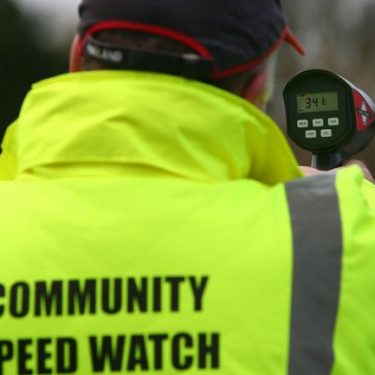 A number of BCyC members are active in local community speedwatch groups. Support from police for CSW has been a bit hit and miss recently, mostly due to the endless reorganisations. Considering the  widespread concerns about speeding it’s surprising that there are so few CSW groups, possibly only 4 across the city.  There was a meeting in May to review and consider ways forward (review-of-community-speedwatch and community-speedwatch-meeting-may-2016).

Currently the details of vehicle are copied by hand at least 4 times, leading to unnecessary workloads and the possibility of errors. A new procedure (with the acronym ‘Swan’) is that the CSW volunteers will update a spreadsheet. Under Swan the target for letters to go to members of the public is 15 days, the same as for fixed penalty notices. Under the previous system that time was considerably longer.

Letters to offenders are now only going out at the time of the first offence.  The aim is to take a more educational approach rather than “big stick”. Repeated offences will still lead to follow up by the neighbourhood team.

Different teams have been using different speeds at which to make reports. It was confirmed that in a 20 mph zone vehicles travelling at 27mph and over should be reported, in a 30mph zone then 37mph and above should be reported.

New CSW volunteers are always needed and there is a top up training video for those who have been trained in the past on avonandsomerset.police.uk/services/watch-community-schemes/community-speedwatch.

By the way, Avon and Somerset Police caught 164 drivers exceeding 100 mph last year. The top speed being 144 mph on the M4. But as one driver said  “Modern cars are so isolated and insulated it’s sometimes difficult to tell (you’re speeding), and you can’t watch the speedo every second.” Carcooned is a good word for it. Police stopped 2,000 motorists ‘doing over 100mph’ in 2014-15

One thought on “Review of Community Speedwatch in Bristol”