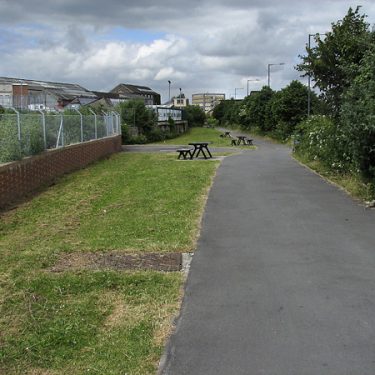 A discussion group can be joined by mailing [email protected]

West of England Partnership (composed predominantly of representatives of the 4 local councils) plan to install a “bus rapid transit” route along this famous greenway, from Emerson’s Green to Bristol city centre.

The £49 million bus route would mean:

This is an appalling idea.

We don’t oppose bus rapid transit schemes in principle but they should use roadspace – such as the M32 – not space used by the most vulnerable and least powerful groups – pedestrians, cyclists, children and the disabled.

It is counterintuitive to propose a bus route that diminishes the quality of even more sustainable and desirable transport choices such as walking jogging, running and cycling.

In December 2007 we wrote to West of England Partnership asking for details of the BRT plans concerning the cyclepath as none were publicly available: they had announced an outline plan at a Bristol Transport Forum in November. The Partnership (which comprises the Bristol, South Glos, BANES and North Somerset councils) refused to give us any details claiming that they would consult in the spring or summer 2008. Consequently we had to use the Freedom of Information Act to find out what our Councils were doing.

Where on the path is it wide enough to fit all this in?

Sustrans replies to the WEP

Why it won’t reduce congestion

6 buses an hour are planned in rush hour: assuming there are 50 people on each all of whom would have driven instead, that is only a maximum of 300 cars over that period.

Meanwhile some of the many cyclists and pedestrians that use the path may well decide to drive or bus it instead of using the now narrow, fenced in, ugly track.

£49 million to bus 300 commuters an hour down the railway path!

That is in rush hour: useage is likely to be mainly one way, inbound in the morning, outbound in the evening so buses will be making the return trip empty. This will double the pollution and running costs per passenger carried.

Bristol area’s most serious congestion is to the north, stretching north up the M32 from the city centre and round the ring round to Filton. This bus route will not affect that.

Some articles in the local press.

This scheme is contrary to the following existing council plans:

And it is probably contrary to:

More information on this point

What we propose instead

As part of the Transport for Greater Bristol Alliance, we suggest the following alternatives: