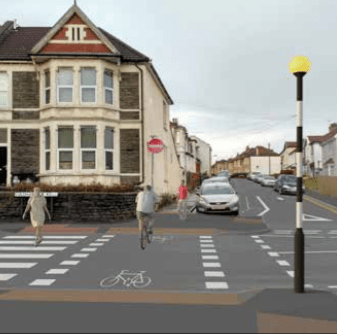 The Southmead Quietway is part of the £19m Cycling Ambition Fund to upgrade walking and cycling routes across the city. It links one of the busiest cycle routes in the city, Gloucester Road, through residential areas with high levels of cycle use, to the Southmead Hospital and north Bristol. It is identified as important ‘local link’ in the neighbourhood plans of Bishopston, Cotham and Redland, Stoke Bishop, Westbury-on-Trym and Henleaze, and Horfield and Lockleaze.  Here’s our view on the two consultations for crossings on this route BCyCResponsetoSouthmeadQuietway-CairnsRoad.

Our overall position on this consultation is: Support