What are the police doing about collisions resulting in injury to cyclists? 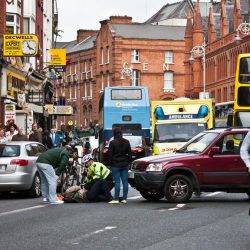 Bristol police recorded 250 incidents of injury to cyclists in 2015 with 38 being detained in hospital. So what are the police doing about this? As far as enforcement action is concerned – not much.

Police start a ‘Give Space, Be Safe’ initiative to tackle near misses

Avon & Somerset Police officers went to a seminar last week by West Midlands police on their award winning ‘Give Space, Be Safe’ initiative (Best Practice Education and Enforcement in the West Midlands). Since the initiative began last September in West Midlands it is credited with halving the number of incidents of ‘close passing’ reported by cyclists in Birmingham. We’re very pleased to hear that the scheme is coming to our area (Undercover police WILL target Bristol drivers who pass cyclists too close). Near misses are the main issue identified as stopping people (particularly women, children and…

The Mayor’s leaky boat – a parable of RPS and 20mph 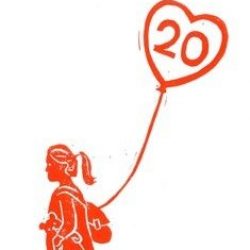 Settle down while we tell you a story: Imagine, if you will, the King of Bristol. He sets sail in a big boat, given to him by a chap wearing red trousers. OK, says the King, I know Red Trousers has given me a leaky boat, but I’m sure it’ll stay afloat for a while. But to his horror, the King discovers a giant hole in the bottom of the boat as soon as he sets sail. Water is gushing in, and the other passengers are turning mutinous! The King desperately looks round for things to jettison to stop the…

‘We need to change our roads so drivers can see cyclists’

How refreshing to read a thoughtful article in a local paper (Cambridge News) about why and how to make everyday cycling normal in the UK. There’s an excellent plan of a proper roundabout that works for everyone. When will we see the first of these in Bristol? Research shows that we don’t perceive things at the edge of our vision – and that’s putting cyclists at risk, says our cycling columnist Source: ‘We need to change our roads so drivers can see cyclists’ Author Robin Heydon of Cambridge Cycling Campaign looks at recent research confirming once again the imperfect…

If Chris Grayling had doored a cyclist in Bristol? 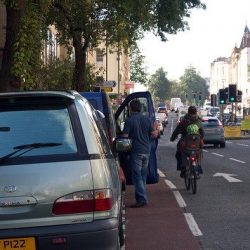 With the Transport Minister Chris Grayling in the news for carelessly, perhaps criminally, dooring a cyclist, we look at the situation in Bristol.

Best Practice Education and Enforcement in the West Midlands 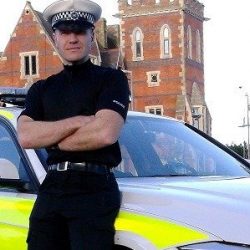 An insightful blog by West Midlands Police Traffic Unit, and some action we could well do with in Avon and Somerset.

Are the Roads Getting Less Dangerous for Cyclists? Trends 2003-2015 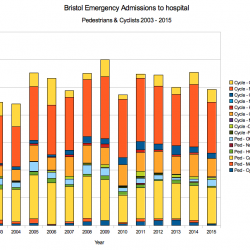 Review of Community Speedwatch in Bristol 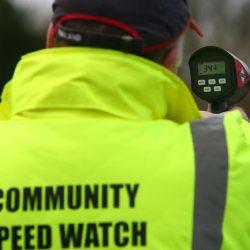 A number of BCyC members are active in local community speedwatch groups. Support from police for CSW has been a bit hit and miss recently, mostly due to the endless reorganisations. Considering the  widespread concerns about speeding it’s surprising that there are so few CSW groups, possibly only 4 across the city.  There was a meeting in May to review and consider ways forward (review-of-community-speedwatch and community-speedwatch-meeting-may-2016). Currently the details of vehicle are copied by hand at least 4 times, leading to unnecessary workloads and the possibility of errors. A new procedure (with the acronym ‘Swan’) is that the CSW…

Are cycle lanes in the ‘door zone’ better than nothing?

Our Road Justice group has been working with the police on the issue of car doors and cycling incidents. Up to 20% of road traffic incidents resulting in injury to cyclists are the result of motorists carelessly opening vehicle doors.

We had a question from an officer working for Bristol Council saying that there had been only one incident in the past five years at three of the most notorious locations: opposite the BRI on Maudlin St (pictured), Midland Rd and the recent one on Bath Rd. There was a collision in September 2014 on Upper Maudlin Street opposite the BRI due to a passenger exiting a queuing vehicle, not a parked one.

This raises the question of how the painted cycle lanes that form the bulk of what passes for ‘cycle facilities’ in Bristol are being used.

Could it be that Bristol cyclists already understand the contrary and subtle meaning of these lanes? They are not in fact ‘cycle lanes’, but prompts to motorist to be aware of cycles.

Our more reasoned response to the Council is as follows: