Last month many of you will have received Bristol Councils “Council tax explained” leaflet, explaining where our council tax pounds are spent. The centre page of this is an infographic summarising costs per household. Transport services set us back £83.52 and highways £29.26. Reading into the images used, this might be interpreted as tax payers forking out 3 times more for cycling and public transport than highways infrastructure (which cyclists also use). However regardless of how much Bristol Council spend on transport, these figures pale into insignificance when compared with how much many of us fork out of our own pockets each year. 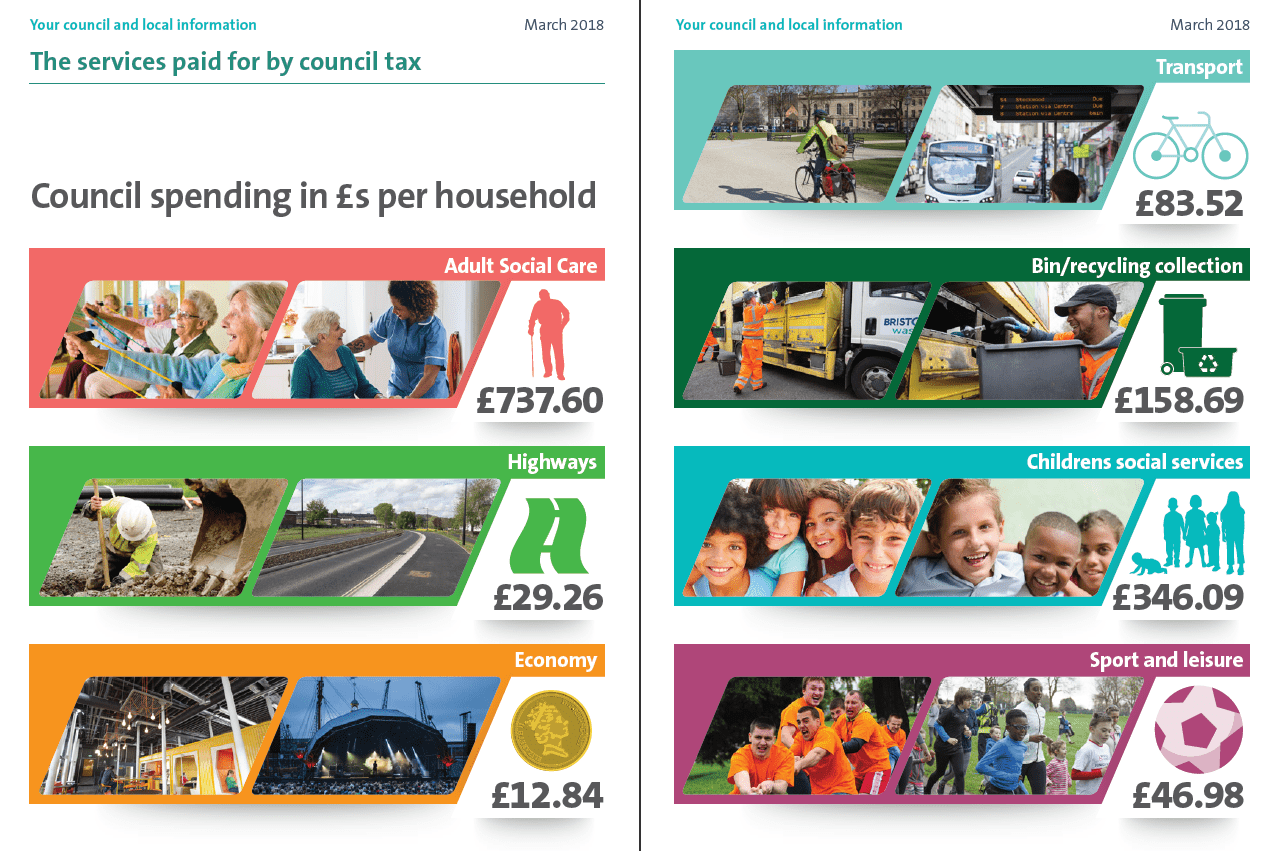 On Monday, INRIX the traffic analysis specialists released their first worldwide breakdown of the costs of motoring. They estimate that in the UK the average motorist spends $8239 (≈£5816) to own and run a car. This is similar to estimates made by the RAC.

The INRIX study highlights that $1244 (≈£883) of this total is spent on parking, a highly sensitive political topic in Bristol. A further $1337 (≈£949) is estimated to be lost in petrol, CO2 emissions and time driving around looking for a space.

Parking charges are widely perceived as a ‘cash cow’ for local authorities, yet cheap parking or any parking at all is increasingly being realised as an expensive subsidy that benefits the wealthy and is a drain on local resources. A DfT commissioned a report in 2008, which was hidden for 3 years and only revealed following a freedom of information request by the CPRE, looked into the effects of making parking more difficult and expensive. The conclusion: “there is no indication that maximum parking standards have had any effect upon inward investment or economic development. Indeed some evidence suggested that maximum parking standards would support business and the economy within urban and rural areas”.

Rounding down the figure above, in Bristol alone, £5000 for all 190,000 car owners equates to £950 million per year. This is 5 times the estimated total cost of the super tram, scrapped in 2004, partially due to political pressure from a proposed 3.8% (£50 at the time) council tax rise to pay for it.

Hypothetically, if all £30 million motorists in the UK instead paid their £5000 into the pot, instead of spending it on a car, it would raise a staggering £150 billion per year. Even Europes largest infrastructure project, Crossrail, weaving a series of complex tunnels under London, is ‘only’ expected to cost a total of £14.8 billion.

Indeed in the capital, people often baulk at the cost of public transport, widely regarded as the most expensive in the world. An annual pass will set you back nearly £2,000, some of the outer zones as high as £4,300. But this is still cheaper than running a motor car for the year.

This is typical of our attitude that public transport must pay for itself. Many of our continental neighbours spend far more from the public purse on public transport and cycling. In some cities such as Vienna, an annual pass for all train, bus, underground and overground services within the city border is only €365 (£318). 1 Euro per day! Yes that is subsidised by the government, but a government that realises that it cannot afford not to.

If we all shunned the car, saving over £5000 per year, we would also dramatically improve the quality of life in our towns and cities reducing the estimated £123 billion in external costs we suffer from road transport. Our health and the health of our children would improve making a significant dent in the £6 billion the NHS spends on obesity related illnesses and the £27 billion wider cost to society.

Odense in Denmark, has half the population of Bristol, but 81% of school children, aged 6 and over cycle to school. In the UK this is 2 -3%.