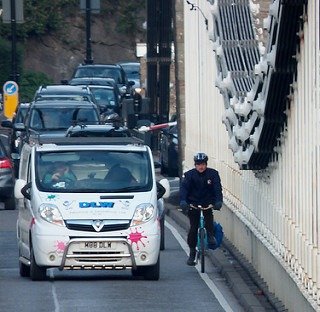 Firstly, the police and council claim that their statistics show a decline in the number injured in road traffic collisions. (At least one cyclist a day is injured by a motorist in the Bristol conurbation.*) However, we highlighted the disparity between incidents of injury to vulnerable road users (pedestrians & cyclists) recorded by the police and the much higher number of cyclists and, particularly, pedestrians recorded by the NHS as admitted to hospital.  C.I. Rowlands is planning to meet with the nurse responsible for collecting the health service statistics to try to understand why this is and to look at ways the respective services can work together.

Secondly, we revisited the difficulties cyclists have in reporting incidents and particularly the inability to do so on-line. See our advice What to do if you’re involved in an incident. The police now recognise this problem and will address it but it may take them some time. We will monitor their progress.

Thirdly, the local police have had a successful one-week-long push on enforcement against use of mobile phones and, following pressure from the Road Justice Group, are planning to do some work around motorists “close passing” cyclists. We’ve asked to be kept informed about these initiatives and future action.

Cyclists should continue to report “near misses” to the police at ASP’s website. In the latest close pass figures, “overtaking” by motorists continues to be by far the major cause of reports. Location-wise, the main clusters of reported near misses are in the city-centre between Bedminster Bridge and Redcliffe Bridge, Colston Street, Haymarket/St James round-about, Cheltenham Road, Midland Road/Kingsland Road and also, disappointingly, along the Concorde Way close to the A4174, ( map below). We’ll be discussing with the police how they can use this data to ensure cyclists can use the roads free from intimidation by motorists and how they will employ their new technology to check reported drivers’ documentation.

Please leave comments below if you can suggest why clusters of near-misses tend to occur in these particular places. 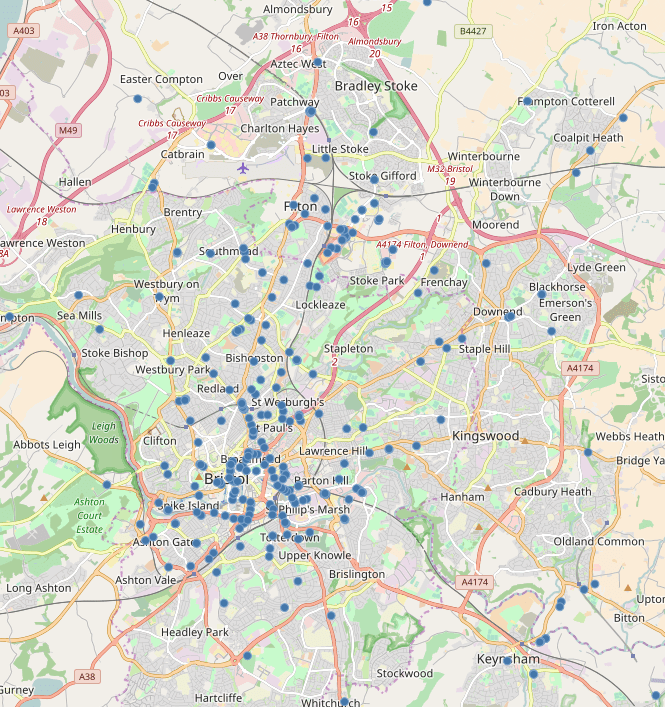