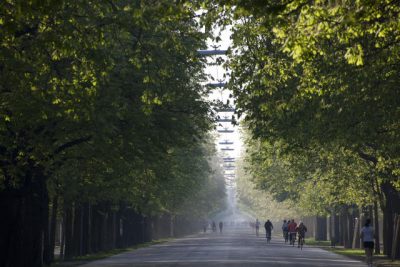 Tomorrow morning (12th October 2019) between 5am and 9am Eliud Kipchoge will attempt to break his marathon world record on a circuit in the famous Prater Park in Vienna. The course he will run is widely used in Vienna for recreation, particularly running races, but also as a main cycling throughfare. Its main attraction, is the tree lined straight “road” that cuts through the park, called the “Hauptalle” (shown from the air with Google Earth below). The 2.8 miles (4.5km) long Hauptalle is a truly unique stretch of tarmac, closed to motor traffic (except the odd Police car crawling along), but as wide as a main road and lined with hundreds of trees. 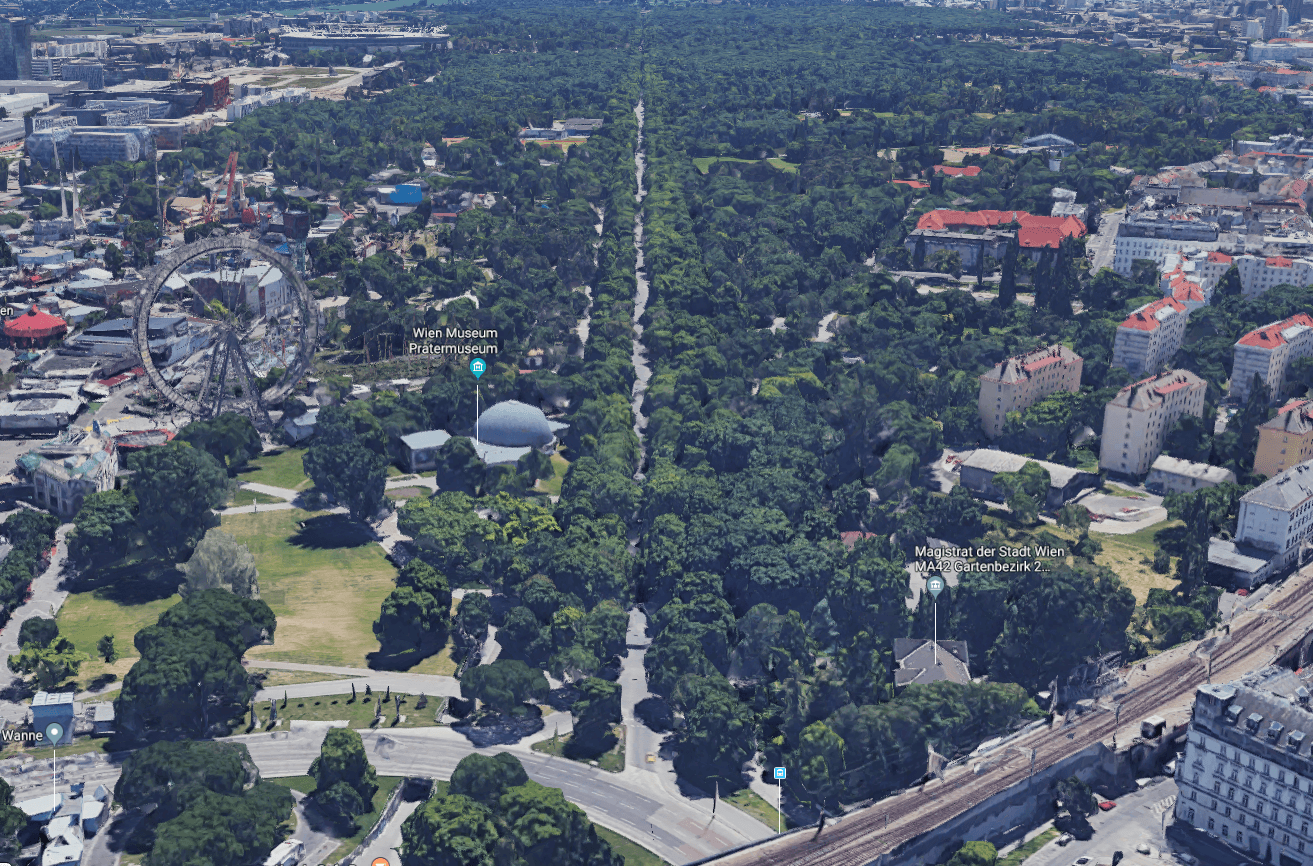 Why is this relevant to UK cycling infrastructure? The Hauptalle is an exit of one of the busiest roundabouts in Austria, yet it has no barriers or gates. A handful of signs is all that inform drivers that it is off limits. In the UK such obedience would be unthinkable. We fret over a compromise between allowing wider bikes, wheelchairs and trailers or “letting” people joyride motorcycles and cars. Cycling infrastructure in Austria doesn’t need hefty barriers to keep vehicles out. 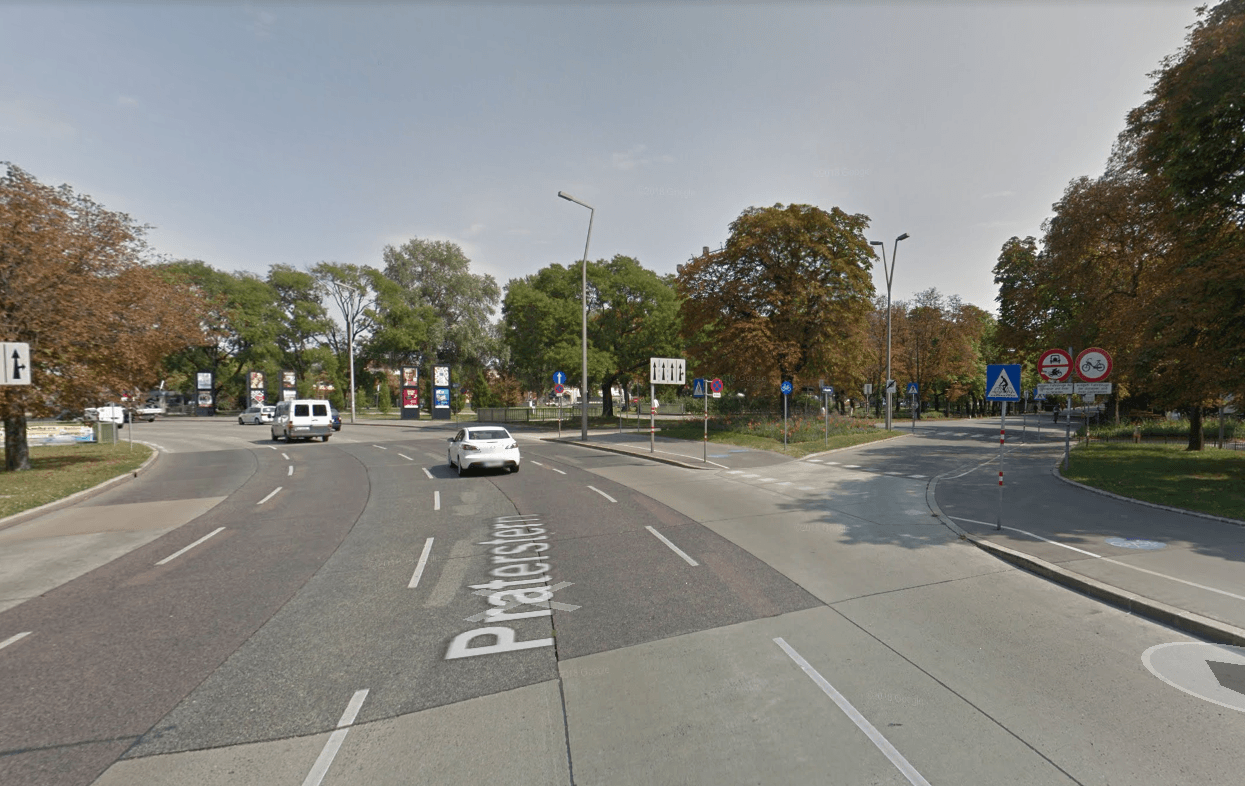 View of the start of the Hauptalle, to the right of the picture, from Praterstern, one of the busiest roundabouts in Austria, screenshot from Google Street View (c) Google 2019.

People seem to take for granted that many of our EU neighbours have the lowest crime and highest standard of living cities in the world, but rarely seem to ask why we don’t. Whilst the reasons are beyond the scope of this snippet, Austria’s commitment to social housing and social care system since the second world war have been widely acclaimed as integral to Vienna’s success as a safe city.

It’s also worth pointing out a common theme among the cities with the best quality of life and standards of living anywhere in the world (Copenhagen, Vienna, Zurich): Excellent cycling and public transport infrastructure.