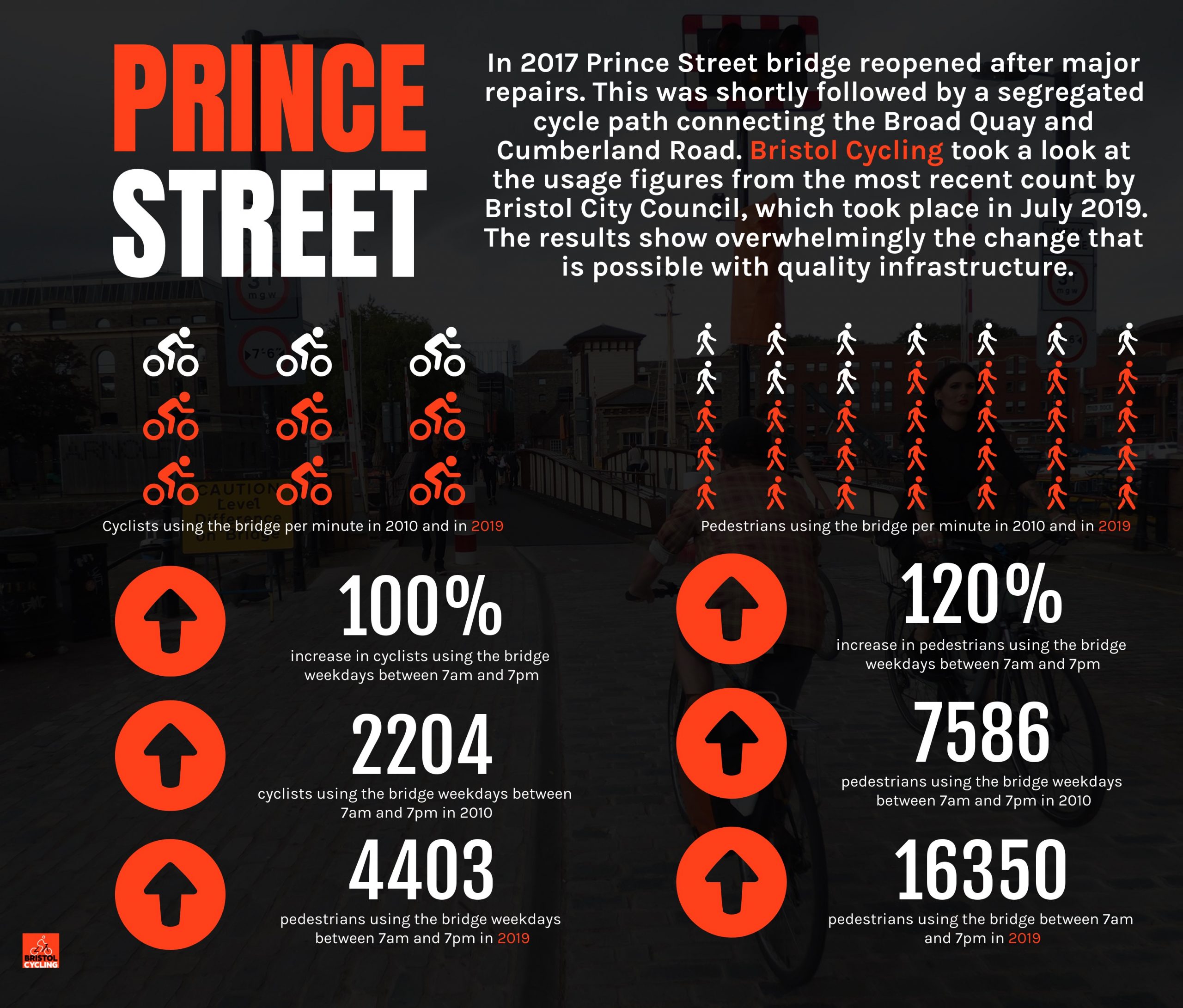 In 2017 Prince Street Bridge was reopened after major repairs. This was shortly followed by a separated cycle path on Prince Street connecting Broad Quay and Cumberland Road. We have looked at the usage figures from the most recent count by Bristol City Council, which took place in July 2019. Our handy infographic shows the huge change that is possible with quality infrastructure.

Numbers of people walking and cycling have doubled, while car use has tumbled. In fact ten times as many people now walk and cycle over the bridge as use cars. However those 10% in cars get 50% of the space, squeezing walking and cycling into a congested pinch point.

The recently announced closure of Baldwin Street to through car traffic makes the situation even more outrageous. 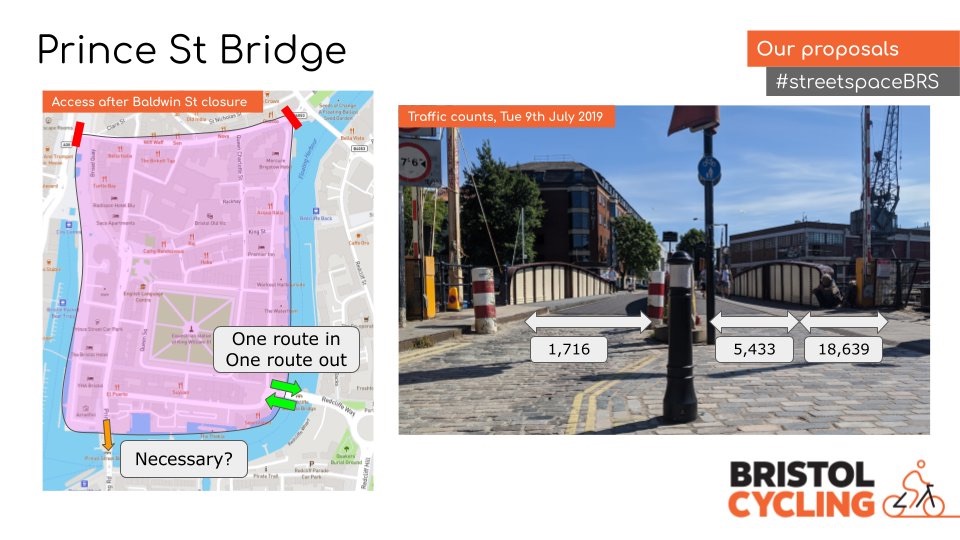 In 1995 the situation was reversed with a count of 705 cycles and 9946 cars (we don’t have pedestrian figures). Things are moving in the right direction, but a study last week says Bristol won’t reach its 2030 carbon neutral target without major transport transformation (link).