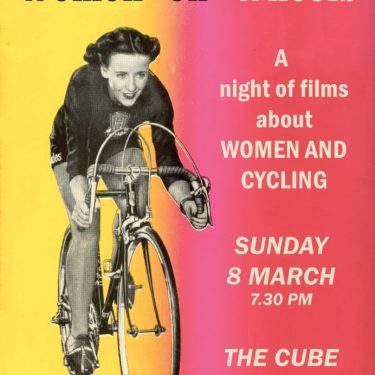 The 2015 Bristol Cycle Festival is coming later this year (hooray!) but the first event is on 8th March, ‘Women on Wheels – a night of films about women and cycling‘.

Those of us who qualify will be talking about this and other things on the Women Cyclists of Bristol Facebook group. There’s an informal meet up and chat on the afternoon of 21st March, find out through the group or Kate Cooke.

Bristol Cycling Campaign is not a cyclists group, we’re here for the 67% of people who think our roads are not safe for cycling, and for those who don’t have a voice but want things to be better. If you’re ready to ‘lean in’ and make a difference for your neighbourhood, workplace or school, then get stuck in!

Categories: Archive, Cycling for All