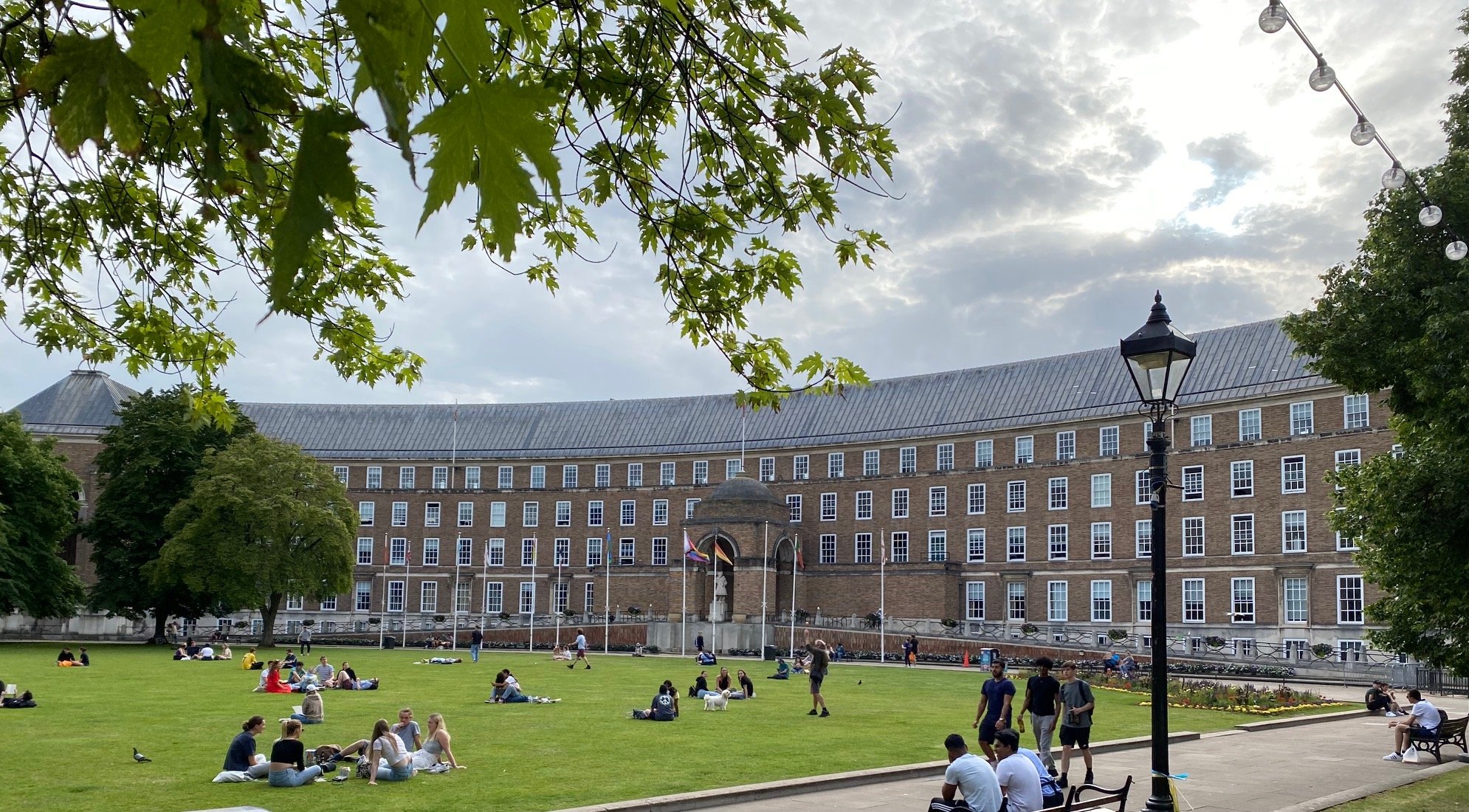 Following an informal conversation between the Mayor and our new Chairperson at the Zedify cargo hub launch event in April, the Mayor kindly agreed to a meeting to discuss how the Campaign could be more effective in its work and communications with Bristol City Council (BCC). The meeting with the Mayor & the Deputy Head of the Mayor’s Office took place on 8th June.

During the intervening weeks, a couple of things had arisen, those being the consultation on Whiteladies Road and the Nelson Street shared path media coverage. These topics were significant to the discussion.
Key points covered:

1. Social Media – We explained that we are responsible for the content of tweets of our own account – @BristolCycling. Tweets from other accounts/individuals (some who may be members/supporters) are not attributable to us and we have no power to influence these (or desire to do so).

2. Whiteladies Road – That our frustrations with Whiteladies Road consultation were both; that there was no opportunity to discuss the consultation proposal prior to publication, which was contrary to what we had been told recently by the Cabinet member for Transport that we (along with other voluntary groups) would have (a non-statutory) opportunity to comment in such exercises. And, that there was no explanation of the alternatives to cycle lane removal that had been considered & ruled out. The consultation is now closed, and it was proposed that a meeting would be set up to discuss this.

3. Nelson Street – Our concerns here are about safety and the fact that the perimeter fencing had been removed to expose unsafe entry & exit points and other defects. We were told

We thanked the Mayor for this new information and offered our help in that safety assessment process.

4. The Mayor expressed that he wanted to work with groups that offered constructive solutions. We described the significant voluntary time invested in responding to cycling related transport consultations. Recent examples being: Park Row (on which we were supportive), Bus Route 2 (on which we supported parts & asked for more in others) & constructive meetings with BCC officers to discuss walking & cycling at Clifton Triangle (working with Bristol Walking Alliance).

5. The Mayor expressed his concerns about fast cyclists on the Bristol Bath Railway Path being a danger to other users and especially to children. We agreed with this, as it aligns to the findings of the path user survey carried out after the Q4’20 crime spike. We explained that the Bristol Cycling Campaign has no powers over the behaviour of individual cyclists, however it is our policy to promote considerate/safe cycling.
We agreed to look into whether Strava challenge segments might contribute to this and have reached out to Sustrans on this topic.