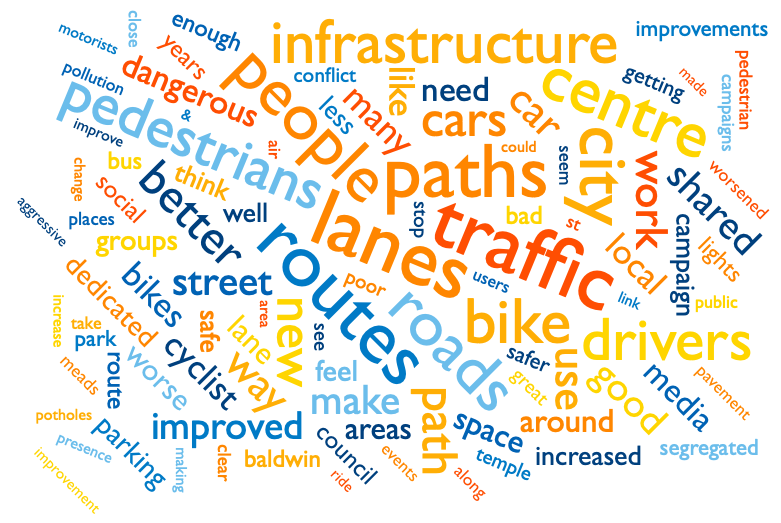 In May 2020 we ran a survey of our supporters. We also reached out to those who knew little about us. We wanted to find out what people think about cycling in Bristol. And what they think about Bristol Cycling Campaign (BCyC).

Overall people feel Bristol is getting better for cycling with an index of 57 (where anything over 50 is improving).

There was overwhelming agreement from all groups that the most important area for us to campaign on is Space for Cycling, changes to roads and neighbourhoods to make cycling safe and easy for everyone. The next most important campaigning topic is influencing and lobbying local politicians and council officers to improve cycling infrastructure. Then there were three areas with equal support: responding to Consultations; Road Justice work with police; Manifesto for cycling setting out a vision for a cycling future.

Looking at responses from females in particular:

These are the issues we asked respondents to rank in order of importance for BCyC to work on:

There were a LOT of good and useful suggestions in answer to the question “How might Bristol Cycling Campaign be more effective? How might it broaden its appeal?”. All have been chewed over and reflected on. The word map above is drawn from all the responses.